Our second Sullivan exile is Richard (Dick) Pentland from Class of 1962. Dick has lived in Halifax, Nova Scotia, Canada for the past 45 years and spent a career travelling all over the world. After leaving Sullivan, Dick went to Queens University in Belfast and studied Civil Engineering graduating in 1966. He began work in Belfast and at the same time was playing keyboards in the well-known local band Chips.

“I had to make up my mind whether to turn pro with the rest of the band or carry on in engineering. I took the safe course, and I have to say I didn't regret it." Dick (second from left) pictured with the band Chips

Dick continued with his music as a hobby rather than career and formed several bands as well as playing in Clubsound with George Jones, but he had itchy feet and started to look abroad for employment opportunities.

“I particularly was drawn to Canada and eventually, in 1975, I applied for and was offered employment with a large Canadian consulting firm, which gave me a choice of several positions. The more senior of these was to manage the firm's Nova Scotia office, and that is how I ended up in Halifax, NS, where I have lived happily for the last 45 years.”

Several years later Dick took a job as the Vice-President of the Port Authority in Halifax (the Port of Halifax is one of the major ports of call on the eastern seaboard of North America), where he stayed for a little over ten years. The Port of Halifax, Nova Scotia - Dick's domain for many years.

“Yearning to be back in the private sector, I started a port planning and engineering consultancy with another ex-pat, and we carried out a number of assignments in the Caribbean and Eastern Europe.”

Eventually Dick decided on a new direction - port operations and privatisation consulting – and he formed an association with an Ottawa-based management consulting firm that was well-known for working with railways all over the world, and which wanted to branch out into ports.

“As head of the firm's ports practice, and later member of the Board, I worked on projects in ports in upwards of 40 countries, from Lithuania to Brazil and from Tunisia to Papua New Guinea.

I have worked in every commercial port in English-speaking Africa, as well as some in the French-speaking part of that continent. I also spent years on and off managing water transportation and port related projects in India and Bangladesh”.

When he turned 68 Dick figured that he had had enough of travelling so he retired, partly to slow down and mostly so that he could devote more time to sailing his 28-foot sloop in the waters off Nova Scotia. 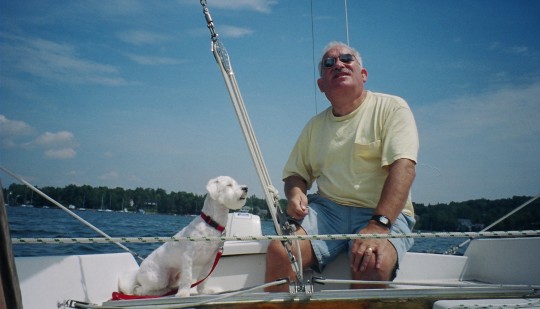 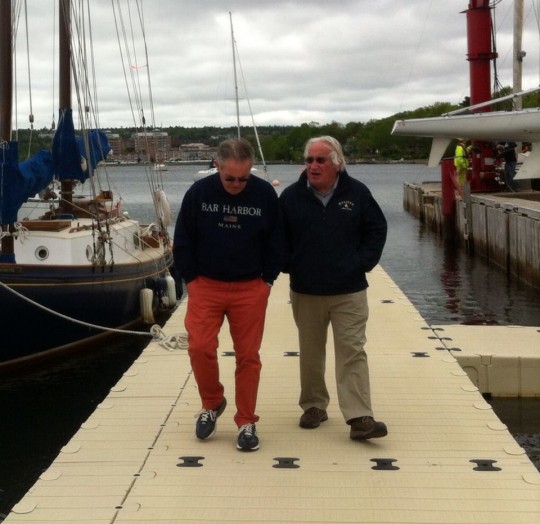 Dick and David Reynolds, Class of 1962

“Will I ever return to Northern Ireland? Well, I do, every three or four years, but I have two children and three grand-children here in Canada, and they are my anchor now”.

If you are a former pupil or teacher at Sullivan and are now living abroad we would love to hear from you. Please complete this Exiles form and we will be in touch.

Missed our last Exiles post? Check out our feature with Alex Post (Class of 1997) who lives in Alaska.