Our latest chat with an SUS 'exile' is Ian Fitzgerald, Class of 1986. Ian lives and works in Groningen in the Netherlands. Ian was part of Class of 1986 at Sullivan and continued his studies at Queens University in Belfast. He spent the summer of 1988 working as a camp counselor for under privileged kids in New York and there he met a Dutch girl, Petra. The rest, as they say, is history.

Today Ian lives and works in Groningen in the Netherlands where he is a lecturer in Marketing & Supply Chain at Hanze University of Applied Sciences.

​Their long-distance relationship continued for about 3 years while she finished her Masters and post Masters studies, Ian was working in the insurance industry in Belfast and they spent every holiday period together, either in The Netherlands, Northern Ireland or somewhere else. 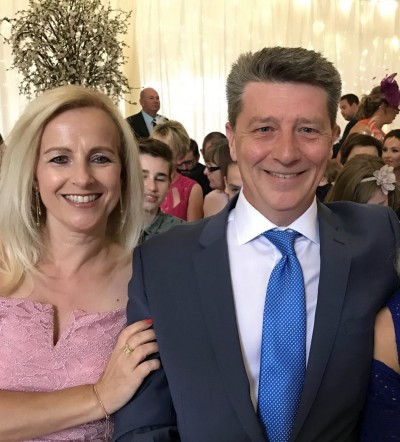 (Ian and his wife Petra)

So how did Ian move from working in insurance to teaching at a university?

“When my wife Petra had finished her post-Masters degree we made the decision that I would move to the Netherlands.

In 1993 I took the plunge and moved to Groningen where my wife had just found a job at the Hanze University, in the International Business School.

I had given myself about a year to learn the Dutch language, taking intensive language courses at the university language centre, with the intention of going back into industry. After about 8 months I had achieved the required level of Dutch for university entrance which would allow me to function more or less normally in this strange country”.

By chance Petra brought Ian’s attention to a job advert in the local newspaper. The International Business School of the Hanze University was looking for Marketing Lecturers and preference would be given to native English speakers. Ian hadn’t considered teaching before but recalled something John Young, former Headmaster at Sullivan had once said to him.

“I had never thought of going in to teaching but at the back of my mind a bell rang about something John Young, my old Sullivan Headmaster and Political Science teacher, had said to me way back in Upper Sixth. We were having our career talk and I said that I was wanting to study Business at Queens. His opinion was that he thought I would make a really great teacher and that I should consider this option. Of course at the time I knew best and ignored him”.

Ian applied for the job and the interview process involved preparing and delivering a class to a group of business students at the university. He loved the experience of teaching and got the job.

“Even after that sample class as part of the selection process, I knew that this was what I wanted to do. Maybe John Young knew me better than I knew myself? Twenty-six years later I still look forward to every day at work”.

Ian and Petra also have their own consulting company which allows them to bring their real-world experiences back into the classroom.

“In the past few years my passion has shifted towards the use of business simulations as educational tools and gamefication in education. Since 2000 I have been developing the use of the internet in education, blended learning, digital testing and assessment which have really helped coping with the Covid-19 working from home situation we have been in for the past year and a half”.

Ian and Petra have 2 children, a son and daughter, Rick and Anouk, who are teenagers.
At home Ian speaks English to his children. Petra, who is from an area in the south of The Netherlands called Limburg, which has its own language, speaks Limburgs to Rick and Anouck. The children speak Dutch at school. 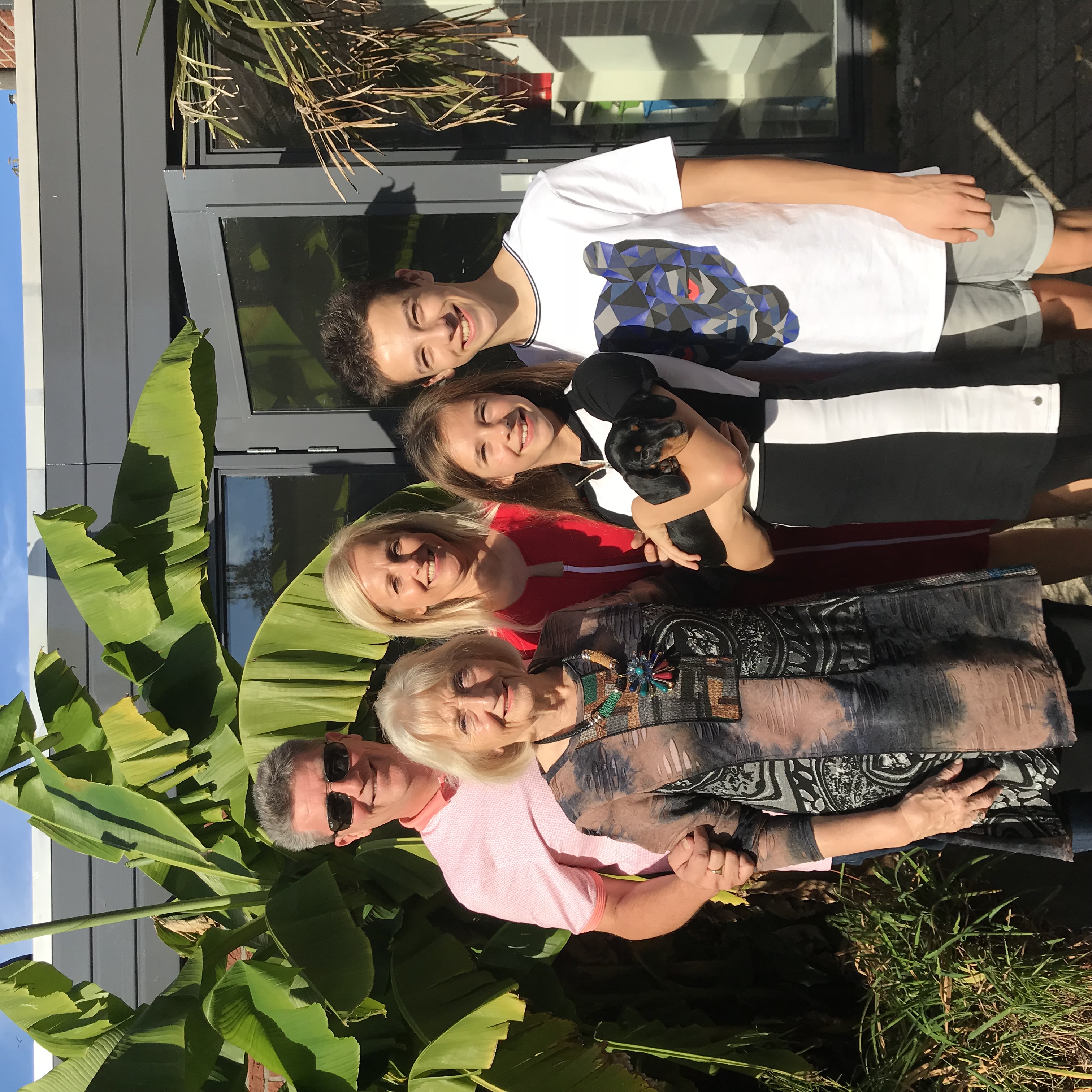 “We agreed that this is what we would do, even before the children were born and it has worked out perfectly. The children are perfectly fluent in 3 languages and we have also noticed that they also are able to learn other languages at school quite easily. The great thing is that the children can "communicate like natives" with their Dutch family, their Northern Irish family and their Northern Dutch friends.”

So what’s the best thing about living in The Netherlands?

“The thing I like most about living in the Netherlands is the central location. We love travel and the whole of Europe is accessible by car. Schiphol is a wonderful airport with direct flights to almost everywhere. One of the benefits of teaching are the holidays and Holland is a great place to leave from.

In the Netherlands the "terraces" and outdoor eating and socializing in the Summer, sitting outside and watching the world go by, is also something to enjoy.

I love it that the Dutch have no idea what a queue is. Standing in line is completely alien to them. When you go into the local bakery for example you have to memorize all of the people who were in the shop before you so that you will know when it is your turn.”

Groningen where Ian lives and works is not a typical Dutch city. With two universities and around 80,000 students from all over the world boosting a small local population of 190,000.

Does Ian get home to visit often and is he still in touch with any school friends?

“Facebook is a wonderful thing. It is amazing how it has reconnected me (all be it virtually) with so many Sullivan classmates who are spread all over the world. It also makes it so much easier to arrange to meet up with people when I do return for a visit.

It is amazing the bond that was created during my Sullivan school days. When I meet old classmates that I haven't seen for 30 years or more it is always as if we saw each other last weekend. We just pick up where we left off. Looking back I could not have gone to a better school with a better bunch of people”.