Praeger, McAlester, Speers or Grant, which House were you in at Sullivan Upper School? The history behind Sullivan's House System

Do you know which of Sullivan’s four Houses was named after a local artist whose most famous work is displayed in a museum in the US? Or perhaps you were a member of the House named for a man who was awarded with a medal by the Teetotallers of Holywood, recognised for his stand on abstinence?

Two of Sullivan's Houses are named for Headmasters. One who saw the school increase in size by 500% during his tenure and another who also ran the Holywood Science School which fell under the auspices of the Department of Science and Art, South Kensington, London.

Read on to find out a little more about your House and post your memories of House Competitions below.

Sullivan's house system was introduced in 1946–47. Initially there were three Houses – McAlester, Praeger and Speers, however, as pupil numbers expanded a fourth House, Grant, was added in 1973.

Each House is named after a prominent figure in the School’s history.  Speers and Grant were headmasters, Praeger was a well-known artist and former pupil and McAlester was Secretary to the original Management Committee of the National and Upper Schools.

During the period 1946–73 the Houses competed for the House Challenge Shield. This was donated by the Former Pupils Association and was awarded on Prize Day to the House which gained most points in the various competitions. It was designed by J. Pomeroy and made by J. Shannon and his father, all former pupils of the school. It shows the School Arms and Crest and contains a plaque designed by Rosamund Praeger which has a girl and boy carrying a laurel wreath of victory between them. The Shield itself was placed above the door of what is now English Room 3 where it is still located. 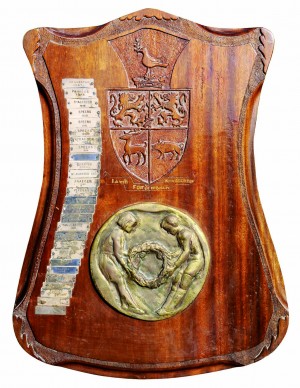 Not only were there competitions in the major sports, often with a separate trophy for each, but points were also awarded for the performance of pupils in the school examinations. Today the competition is largely in sporting events and examination results no longer play any part in the system. One extremely popular addition, however, is the House Music Competition which is held each October. Following weeks of rehearsal and preparation pupils from all age groups perform before a noisy and partisan audience and an invited adjudicator.

One of six children, Rosamund Praeger was born on 15 April 1867, to Willem E. Praeger, a linen merchant from Holland and Maria Patterson of Holywood. Her brothers included Robert Lloyd Praeger, a leading botanist and Librarian of the National Library in Dublin. 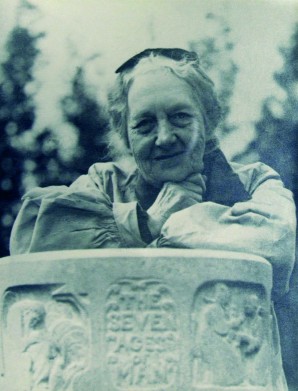 She was educated first at the school run by the Non-Subscribing Presbyterian Minister, Rev C.J. McAlester. This was a day school in his church on Shore Road and then in the basement of the new church in High Street. It was often referred to as the ‘Underground Academy’. Between 1879 and 1881 she attended Sullivan Upper and in 1882 she enrolled at the Government School of Art in Belfast. Two years later, aged seventeen she matriculated to the Slade School of Art, University College, London, where she won prizes for modelling in clay and the Silver Medal for drawing.

Rosamund was frequently homesick and did not enjoy London. Before returning to Holywood in about 1890, however, she spent a brief period in Paris. Once back home, Rosamund established a studio in Donegall Square West in Belfast, became an active member of the Belfast Art Society and devoted some of her leisure time to the activities of the Belfast Ramblers’ Sketching Club and the Belfast Naturalists’ Field Club. She was elected an honorary Member of the Royal Hibernian Academy.

Her work was exhibited in Belfast, Dublin, Liverpool, London and Paris and in 1930 she became an Academician of the Ulster Academy of Arts and in 1941 and 1942 served as President. Her most famous work was ‘The Philosopher’, which was bought at the Royal Academy by an American collector and is in the Colorado Springs Museum. In 1953 her best known local work, ‘Johnny the Jig’, was erected in High Street, Holywood.

The 1939 building at Sullivan contains some of Rosamund’s work, most notably above the entrance to that building. In addition to sculpture, Rosamund illustrated twenty children’s books.  Rosamund’s contribution to Art in Ireland was acknowledged in 1938 by Queen’s University Belfast which awarded her an honorary Master of Arts degree and in 1939 when she was awarded the OBE.

Speers was born in Rasharkin, Co. Antrim and before coming to Holywood he served as Headmaster of Kircubbin National School.
Although he was offered the Headship of the Sullivan Male School in 1862, he declined because his District Inspector advised him that he was in line for an Inspectorship. However, when Issac Lowry, the first Headmaster of the Male School died in 1864, Speers was again offered the post and on this occasion he accepted, a post he retained until he succeeded W.P. Steen as Headmaster of Sullivan Upper in 1886. After forty-seven years association with the Sullivan Schools, Speers retired, aged seventy-four, in 1911. 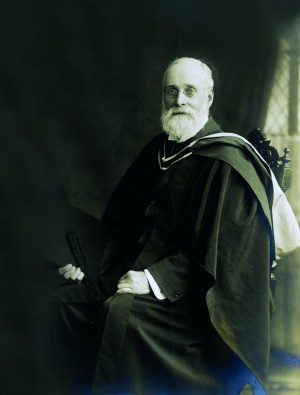 Speers’s period as Headmaster of the Male School was a success. The number of pupils attending the school increased and he gained a reputation as a fine teacher. He could be a difficult man to deal with and during his tenure, he argued with the Management Committee and the staff at the Upper School. Parents also complained about his excessive discipline. When he moved to become Headmaster of Sullivan Upper, Speers found a school struggling to attract sufficient pupils. This problem was eased immediately because a large number of boys switched from the Male National school to Sullivan Upper. However, the School continued to experience financial problems throughout his Headship.

In addition to his connection with the Sullivan Schools, he ran the Holywood Science School between 1866 and 1899. This was an evening school, which he ran in the Sullivan School building under the auspices of the Department of Science and Art, South Kensington, London. In 1887, he merged this evening school with Sullivan Upper and thus added the teaching of science to the curriculum of the Upper School.

Speers was in some ways what today would be described as a ‘traditionalist’, believing that pupils should know and value knowledge and facts and pay less attention to the development of skills. He supported the transfer of pupils to an academic school at age eleven and he was a strong supporter of examinations. In other ways, he was somewhat enlightened for his time. For example, his passion for science and his belief that girls should benefit fully from all that a school had to offer.  Speer’s commitment to teaching, his love of scientific learning and his belief in the ideals of Robert Sullivan, particularly with regard to the education of the poor, all ensured that he made a major contribution to the survival of the Schools.

Son of a cotton manufacturer, McAlester was educated at ‘Inst’. In 1834 he accepted a call from Shore Street Non-Subscribing Presbyterian Church in Holywood and remained as minister until his death in 1891, fifty-seven years later. 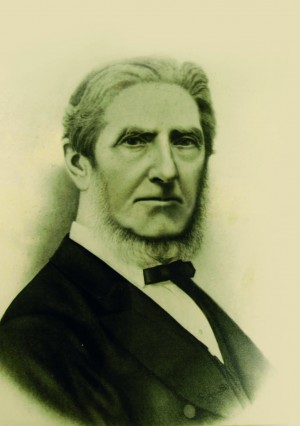 McAlester was deeply involved with his denomination, acting as Secretary of the Ulster Unitarian Christian Association and as Chief organiser of the Non-Subscribing Orphan Society. Many of his sermons were published which sometimes brought him into conflict with other theologians. However, he was not sectarian in his outlook as his involvement with the Sullivan Schools illustrates, particularly his attempts to have Roman Catholics represented on the Management Committee of the Schools. Another of McAlester’s interests was abstinence and in January 1843 the Teetotallers of Holywood presented him with a medal in recognition of his stand on the issue.

‘But above all things he was an educationist.’ In 1839 he applied, unsuccessfully, for the position of Headmaster of the English Department at the Belfast College. Between 1841 and 1857, he ran his own private school, first in rooms attached to his church in Shore Street and subsequently in the basement of his new church in High Street. Children of middle-class businessmen and professional people attended, including James Craig, the first Prime Minister of Northern Ireland.  It was as Secretary of the Management Committee of the Sullivan Schools that he made his greatest contribution to education in Holywood. He served in that capacity from 1861 until his death in 1891. McAlester ensured that the Lower and Upper Schools were built and that the principles of non-sectarian and non-denominational education were embedded in the structures and vision of the schools.

Mr Grant was headmaster between 1931 and 1955. Before coming to Sullivan, he was Senior Master at the Royal School Dungannon.

During Mr Grant’s period as Headmaster the number of pupils attending the School increased from just over one hundred to five hundred and fifty, the number of staff from six to twenty six, the School moved from its original site in High Street (now the Library) to its current location and the Grant Wing extension was built. 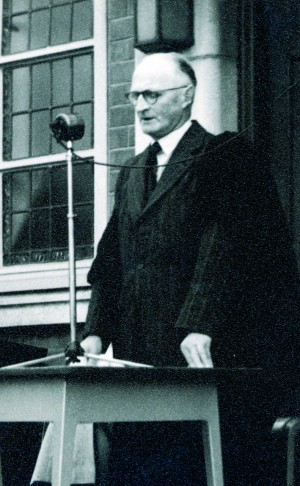 In addition to his duties as Headmaster, Mr Grant taught Latin and rugby and he introduced the practice of taking school parties abroad. Known as a strict disciplinarian he expected the best from every pupil.

What House were you in while at Sullivan? Do you have any stand-out memories of House Competitions?

Praeger, McAlester, Speers or Grant, which House were you in at Sullivan Upper School? More...