If you watch any sport on BBC Television, chances are that it's a former Sullivan pupil that has brought it to your screen.

“Obviously able. If he cultivates self-discipline he should do great things.”

This was how his 4th Year Form Teacher, Noel Lowden, described a then 15 year old Jonny Bramley. Jonny is now a BAFTA award-winning, Executive Producer of Major Events at BBC Sport. 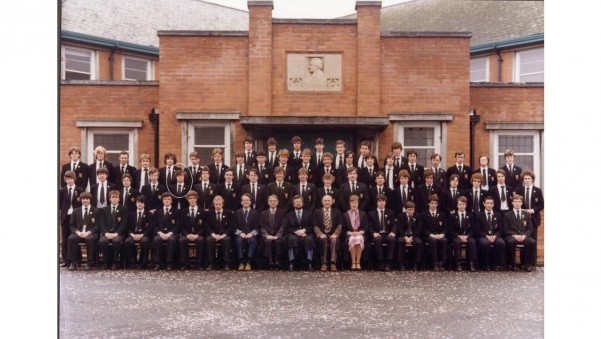 “I’ve always loved sport, and enjoyed watching it on television but I would never in a million years have thought about it as a career.”

Part of Class of 1981 who hope to hold a 40th reunion event later this year, Jonny showed promise in art and technical subjects at school and with no firm idea on a career path he went to Queens where he had a false start with Mechanical Engineering.

He failed his first year (blaming the struggle with self-discipline that Noel Lowden referred to), emerging in the end with a Computer Science degree. An all-round better fit.

He had spent his third year on a placement working for the Open University in Milton Keynes where he worked on computer animations for television programmes which played into his love and interest in art and technical drawing fostered at school.

While in his first job for Plessey Defence Systems in Dorset a colleague spotted a job ad in the back of a computing magazine and suggested Jonny take a look. The ad was for an Analyst Computer Programmer in the BBC Graphics Department and it set Jonny off on the start of his journey at the BBC.

“It was a fairly junior role but in the BBC you are quickly given responsibility and you are assigned projects. I worked on some sport computer graphics early on but I also worked on the news quite a bit and was involved in election coverage producing election night graphics as well as programming and coding so there was scope for creativity.”

A chance to work behind-the-scenes on computer graphics for the 1990 Commonwealth Games gave Jonny a first-hand opportunity to observe what went in to producing sport for the TV.

“Much as I was happy with the work I was doing in computer graphics, when I saw what some of the Assistant Producers were doing for sport I was hooked.

When a trainee Assistant Producer role in BBC Sport was advertised, I leapt at the chance. I had no formal training or journalism background but the requirements in the job description were an interest in sport, a willingness to work long and unpredictable hours and a good education. I was young, keen and my Sullivan education stood me in good stead.”

Jonny got the trainee position and within a couple of months he had moved into a full Assistant Producer role.

His first taste of major events was the Barcelona Olympics in 1992 and he’s been to every single Winter and Summer Olympic Games since.

Nowadays though his role is less button pushing (though he still gets the chance to get into the Producer’s seat for Golf Events) and much more planning. He is already working on plans for the Summer Olympics in Paris 2024 despite the fact that Toyko 2020/2021 is still to happen, delayed of course by the Covid-19 pandemic which has meant that Jonny and the BBC, like all of us, have had to adapt to new and different ways to doing things

“When all sports events were cancelled/postponed at short notice this time last year, including the Euros and the Tokyo Olympics, there was a lot of television airtime to fill

We can’t just churn out archive footage. We wanted to put a different perspective on it, combining the archive with more recently shot material, putting context around it and making completely new programmes. There was a lot of production effort that went in to replacement programming because we wanted to make up for what the audience had lost by those events not happening.”

Is he confident the Tokyo Olympics will go ahead?

“Well, we can only go by what the International Olympic Committee (IOC) are saying and they are planning for go-ahead.

The scale of the Olympics is unlike anything else we do and it has been even more all-consuming because we’ve had to change plans so many times in response to the Covid situation.

We’ve created a Virtual Reality Studio so that even if the presentation team can’t be in Tokyo, it will still look as though they are. We have to bring as much of our production as possible back to the UK, that’s hundreds of broadcast feeds, camera angles and clips and it’s proving more expensive than having our Production Team on site, not least because our UK facilities were just not built for this scale of operation and so we’ve had to rent some additional space in Media City, Salford.”

While the pandemic has brought unprecedented challenges over a 30 year career in BBC Sport there have been plenty of special moments.

“There are so many highlights. When I was an Assistant Producer or Director working on the Olympics I could do a day’s work and then go off and see the sport. In Sydney I directed the BBC’s highlights show overnight so I’d finish and then go and watch the action – I saw Steve Redgrave win his 5th gold medal. In Athens I watched the athletics most nights after directing all day and saw Kelly Holmes win her gold medals. I was in Cardiff in 2009 for Ireland’s Six Nations Grand Slam win over Wales and I was at Hoylake in 2014 when Rory McIlroy won The Open.”

A personal highlight however was the opportunity to run with the Olympic Torch as part of the Torch Relay. 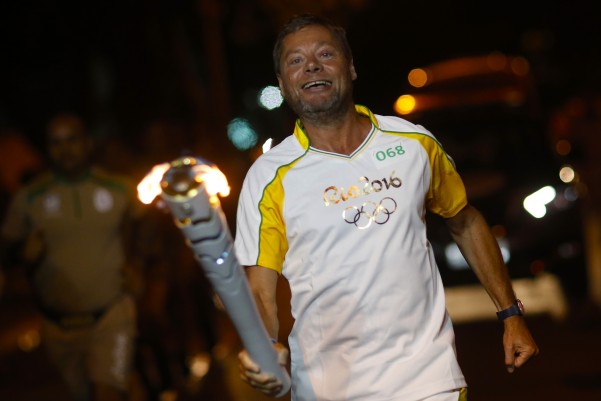 Jonny running with the Olympic Torch in Brazil in 2016

The BBC are offered one spot for the Relay which alternates between the front of camera ‘talent’ (Matthew Pinsent and Hazel Irvine have both done it) and the behind-the-scenes Execs. The Rio Olympics of 2016 was Jonny’s turn and his leg took in the Brazilian city of Dourados, near the Paragyuan border.

The torch is on display in his home, next to the two BAFTAs he’s won.

The first BAFTA was for the BBC coverage of the 2004 Athens Olympics when Jonny was directing the programme which covered Matthew Pinsent’s 4th gold medal win in rowing. The second is a Craft BAFTA won in 2008 for the opening titles of the Beijing Olympics coverage which involved a collaboration with Damon Albarn, Jamie Hewlett and their virtual band Goralliz.

However, it isn’t all glamour.

As producer of the ‘Today at Wimbledon’ highlights programme Jonny was forced to don a Womble suit and be filmed and interviewed while picking up litter at the All-England Club.

“We had a fun segment in the coverage where we showed the day in the life of someone at Wimbledon each day.

We announced the previous evening that we would be featuring a Womble and asked members of the public who would be at Wimbledon, dressed as Wombles to get in touch. We didn’t have any replies so in the end we hired a Womble suit and when no one from our team volunteered to wear it, I had to step up. 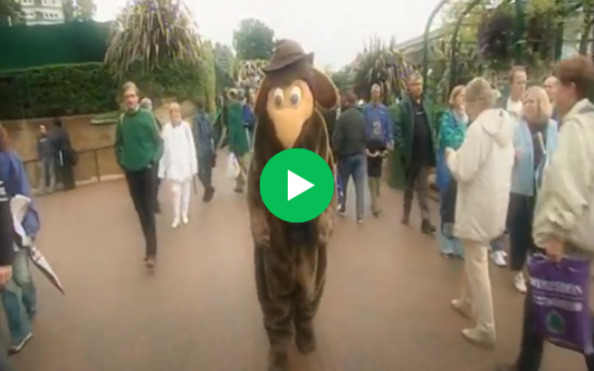 Jonny suited up as a Womble for 'Today At Wimbledon'

"There are plenty of ‘fly by the seat of your pants’ moments in live TV but it usually works out ok in the end.” Could you help with preparing Sullivan pupils for university interviews?

Each year Sullivan works with pupils to help prepare students for interviews with their University choices.  More...